EN News Extensive diagnostic work-up for patients with CUP in the Netherlands, irrespective of fitness 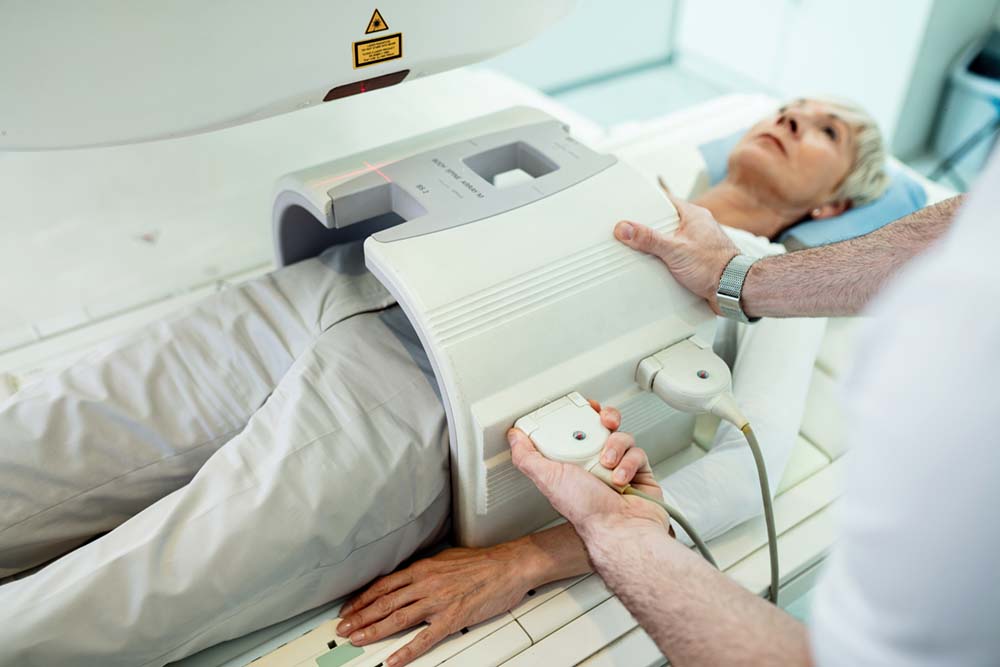 Extensive diagnostic work-up for patients with CUP in the Netherlands, irrespective of fitness

Patients with a carcinoma of unknown primary (CUP) in the Netherlands undergo an extensive diagnostic work-up, where the patient’s fitness does not appear to make any difference. IKNL-researcher Laura Meijer and colleagues conclude this in a recent paper on CUP diagnostics and treatment in the Netherlands, using data from the Netherlands Cancer Registry. The patient’s fitness did make a difference in whether a patient received systemic and/or local treatment, although most patients included in the study (58%) did not receive any treatment at all.

Patients underwent diagnostic imaging 5 times on average (between 1 and 17 times), including both invasive and non-invasive techniques. The patient files were not always conclusive on why certain imaging techniques were used (e.g. to find the primary location or determine the extent of the disease). A patient’s fitness also did not seem to influence the number of times they underwent diagnostic imaging. As CUP is diagnosed by exclusion, it is imaginable that a patient would go through a more extensive diagnostic work-up in order to find the primary tumour, according to the researchers. The researchers do pose the question if such extensive testing and retesting is beneficial to patients with extensive metastatic disease, especially since they have a generally short life expectancy.

Should we try to find the primary tumor, no matter the cost? Does that help the patient? Which patient does it help?

Remarkably, the researchers write, not all patients undergo the minimal set of diagnostic imaging techniques as recommended by the Dutch CUP guideline. The Dutch CUP guideline advises the use of a PET-CT scan during the diagnostic work-up, because this imaging technique seems to locate primary tumours more often compared to other imaging techniques. However, only 1 out of 4 patients underwent a PET-CT scan. The reason to deviate from the guideline in this instance is rarely recorded and thus remained unclear, although Meijer and colleagues propose that availability and the experiences and preferences of the medical specialist(s) could have influenced the choice of imaging techniques.

The Dutch CUP guideline also advises to test patients for certain histopathological markers (CK7, CK20, TTF-1 en PSA or ER, depending on gender) to get as clear of a histopathological tumour profile as possible. Only 42% of patients were tested for all recommended markers, however. On the other hand, 57% of patients in the study was tested for Caudal-type homeobox transcription factor 2, even though this marker is not mentioned in the guideline. It is unclear why 52% percent of patients were not tested for all recommended markers – this requires more research as well as an evaluation of the currently recommended markers, according to Meijer and colleagues. Considering the average CUP patient’s poor prognosis, the researchers conclude that better understanding in the extent and added value of the diagnostic work-up is key.

The longer a patient survived, the bigger the chance that they received treatment. However, the majority of patients (58%) did not receive any treatment at all. Patients in this study had a smaller chance of receiving treatment if their fitness was relatively low. This is in concurrence with the Dutch CUP guideline, which proposes to differentiate between patients with high and low fitness levels. In general, it appears effectivity of chemotherapy is limited in CUP patients, even though toxicity levels are considerable.